What are PACS components?

PACS components consist of: a digital electronic archive for storing, indexing, and retrieving the images or reports, a workstation to query, process the image like web-based viewers, mobile/ tablet or desktop clients (desktop workstations), secure network for data transmission and of-course the imaging machines.

Open-source projects has a very slight share of PACS/ RIS growing market, but it's growing steadily.

as we were fortunate to witness enterprise-grade open-source PACS/ DICOM solution which comes with professional enterprise services from companies competing with closed-source proprietary solutions providers.

Why should you use open source? 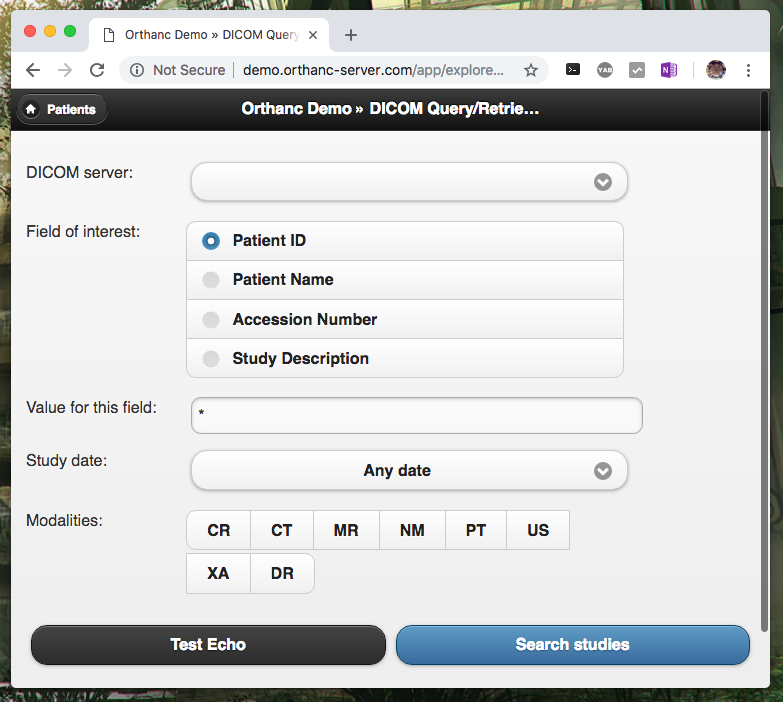 Orthanc is an open-source, modular, lightweight DICOM server project originated from Belgium by Sébastien Jodogne. It comes with rich API and several plugins which supports different database and DICOM viewers.

Orthanc is the favorite open source DICOM server for many healthcare facilities, hospitals, and research centers around the world, It's used in France, Pakistan, 2 hospitals in Malaysia, Sweden, Israel, and Netherlands.

Dicoogle is an enterprise-grade open source PACS system, It has a modular structure that packed with developer-friendly SDK to allow developers to build medical imaging server-ready applications.

Dicoogle has powerful archiving, indexing and query options with highly scaled infrastructure that been tested with +25 million indexed DICOM objects.

Dicoogle comes with a set of API to build cloud-based DICOM applications. Dicoogle's documentation includes detailed manual about Dicoogle installation, configuration, and setup, with a comprehensive guide for building plugins for Dicoogle and web/ cloud applications.

OHIF (Open Health Imaging Foundation) developed a powerful DICOM viewer using Meteor, the JavaScript development platform. The foundation aim is to build production-ready medical imaging tools can be created from open-source components.
OHIF has released 2 products so far, OHIF Viewer and LesionTracker under MIT license, They are using Cornerstone the JavaScript browser-ready DICOM library. both of the applications can be used as reusable components in any Meteor application, as they are published and listed at Meteor's packages ecosystem atmosphere.js.

JVSDicom is an enterprise-grade open source DICOM-compliant PACS server. It supports multiple simultaneous connections. JVSDicom is built with C++ and supports 32-bit and 64-bit architecture, It works with many Windows versions including the old versions like Windows 2000, Windows XP and Windows Vista, as it works well in Windows 8 and Windows 10 with powerful support for Windows Server editions. JVSdicom uses flat filesystem based storage and comes with DICOM-JPEG2000 support.

License: JVSdicom is published under GPL. It was last updated in 2008.

EasyPACS is a powerful PACS DICOM-ready server, The developer built it with Java which makes it cross-platform and lightweight. EasyPACS uses dcm4che API and MySQL as Database backend to store and populate data.

EasyPACS's developer uses a set of powerful framework and specifications to provide an efficient and fast end-product, which are supported by the majority of Java developers, and that makes it easier to extend it with more features with the right developer.

NeurDICOM is an open source headless/ RESTful PACS server solution for developers, It was built to be easily integrated with machine learning and neural networks software to empower diagnosis with artificial intelligence.

NeurDICOM has a modular architecture, and clear well-documented API for developers, so it's easy to build apps on it and integrated it with an existing application, framework, or workstation. Plugins are developed by Python, but the developer may write his plugin with C or C++ as well.

Reactmed, the developer of NeurDICOM has released several DICOM/ PACS related open-source project written with different programming languages like Go, Java, and C++, With different fork for NeurDICOM itself in Go & Java as Headless DICOM Server.

PacsOne Server is a free open source DICOM 3.0 compliant PACS server, Its the 2nd one on this list that uses MySQL as Database backend, It has 2 editions the Basic edition a free open source  version which comes with limited support and the Premium Edition, that comes with premium support service but with low cost comparing to the expensive commercial alternatives.

Note about the PacsOne Server free version:
PacsOne Server Basic Edition is available for free, may be used to support both open and proprietary applications, and may be freely modified or distributed.

However, any changes including addition, modification or deletion to the original PacsOne Server Basic Edition package shall be made available to other users by sending a copy of your changes to us.

PACSsoft PACS is a complete web/ cloud-based PACS/ DICOM solution, based on 14 years of engineers who build a very successful DICOM server with DICOM viewer. The core server is a lightweight and fast DICOM server, easy to set up and installs on Windows operating systems, backed with web-based administration dashboard, and HTML5 web-based DICOM viewer that works well with web browsers.

The project has been released as an open-source alongside DICOMSharp.

It would be unfair to finish this article without the cornerstone of many open-source PACS/ DICOM server projects, Dcm4Che is a powerful open source DICOM library & tools built by Java.

It has been used all over the world by many open-source and commercial projects. The dcm4che project includes a set of enterprise services based on the open-source library, Dcm4Chee.  While Dcm4Che is aiming for developers, Dcm4Chee services contain DICOM server,  HL7 server, Web-based interface.

J-PACS is Java-based DICOM server, it has its code published for developers  but without description or enough details for installation, implementation, or usage. It comes out the last year, so lets hope the developer will add some documentation about it later.

XNAT-DICOM Gateway is a part of DICOM toolkits provided by XNAT as an open-source library to create PACS server. It works smoothly on Windows, Linux (Ubuntu, Read hat Linux, Debian), and macOS.

What is a WYSIWYG editor? The "WYSIWYG" acronym stands for (What You See Is What You Get), is often used

Baïkal: Have your own CalDav and CardDav server

What are CalDav and CardDav?CalDav is an internet standard and protocol used to sync calendars across devices and services.

Habit Tracker helps you learn the most effective process, increase self-awareness and set priorities so achieving your goals is easier than ever. It is a tool that enables you to build good habits by tracking them.

What is mdSilo?mdSilo is a super lightweight knowledge-base and note-taking software for people who constantly taking notes. It leverages